NRA project gets a title and first look at "The Giver"

Two days ago I reported that Harvey Weinstein happened to mention to Howard Stern that he was planning a film starring Meryl Streep that was a sort-of Mr. Smith Goes to Washington takedown of the National Rifle Association (NRA).  Well yesterday afternoon the project's title was revealed:  The Senator's Wife.  I imagine Meryl would portray said wife.  Sue Miller wrote a book with the same title in 2008 but I looked it up and it appears to have nothing to do with gun legislation, so just a coincidence I guess.   No word yet on when filming may begin or if there's even a script ready.  Maybe this could be a good political statement film to release in a big election year and then a Susan B. Anthony film could wait until 2017 when Hillary Clinton is actually president.  Sorry about that whole bridge thing, Governor Christie.

In other news, I noticed on the Meryl Streep forum that there's a new promotional flyer for The Giver: 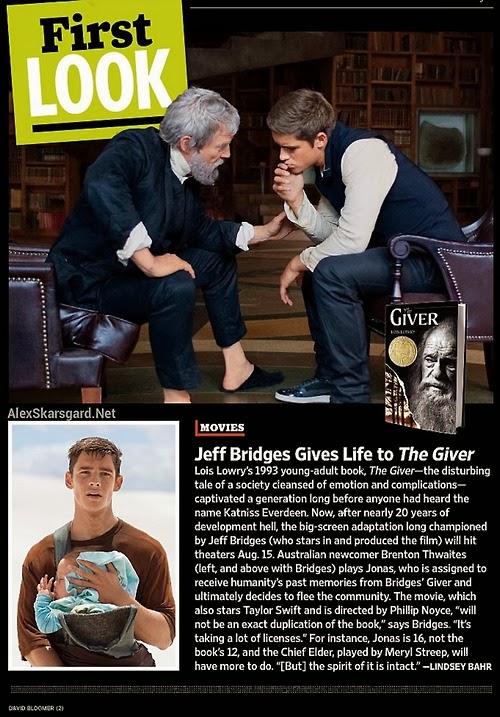 Ok could Brenton Thwaites be any cuter?  If you can read the print, you'll learn that they've evidently taken several liberties in the movie with regard to the original book.  In particular, they indicate that the role of the Chief Elder (Meryl) will have "more to do."  As I've previously posted, in the book Meryl's role is quite small.  It'll be interesting to see how they beef up that role, considering Meryl's getting top billing.   Excited for both projects!
Posted by Jeff at 2:26 PM