Last week, it was announced that Olivia Wilde has been tapped to direct an adaptation of gymnast Kerri Strug's memoir, Perfect. As a huge fan of Olympic gymnastics, it got me thinking about team U.S.A. and the 1996 games in Atlanta. I had become a huge fan as early as 1991, after Kim Zmeskal won the World Championships in Indianapolis, and was glued to the TV whenever events came on leading up to Barcelona in '92.

Always looming behind the scenes in any competition were Béla and Márta Károlyi, the Romanian-American husband-wife team who had coached both Nadia Comăneci and Mary Lou Retton to Olympic gold. To me, they'd always seemed like the epitome of people at the top of their field, and with their prestigious training camp in Houston, were the envy of gymnastics clubs throughout the country.

Cut to present day, the Károlyis have had a bit of a fall from grace. Following the conviction of team U.S.A. doctor Larry Nassar for multiple counts of sexual misconduct, investigations into the Károlyi training center have resulted in lawsuits against the couple, claiming they turned a blind eye to the awful assaults. Others came out of the woodwork to also claim instances of physical abuse at the hands of the Károlyis. Their training facility has since been shut down.

Doesn't this seem totally ripe for a film version of the events? Perfect doesn't necessarily seem like it's going to specifically cover the investigations, rather Strug's experiences leading up to the famous vault where she injured her ankle in securing gold for her team. While that may be a worthy story (it seems a bit sugary to me on the surface--but some who've read the script say it's more akin to Whiplash), I think it would be vastly more interesting to produce a movie that focuses mainly on the Károlyis. Perhaps an adaptation of Dominique Moceanu's book about her life inside the Károlyi camp instead?

Who knows, maybe Wilde's film will actually have a juicy supporting part for Márta. If so, I'm sure Meryl would be great at showcasing the complexity of this elusive, if now somewhat infamous, woman. 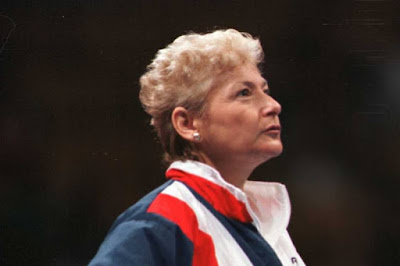 The dust has settled on the season. For the second consecutive year, Meryl was not nominated for an Academy Award. While she was nominated for a Golden Globe for her TV work in last summer's Big Little Lies, overall it was a pretty quiet season (she'll likely get an Emmy nod, this summer though). I don't have high hopes for her getting nominated for anything else next year either, at least at the Oscars. Her best chance would probably be for Ryan Murphy's Broadway adaptation of The Prom. It totally seems like slam dunk for Best Actress-Musical or Comedy at the Globes, but with a likely late summer release on Netflix and the fact that it's a bit lighter fare, that's the furthest I expect her to go. If that happens, it'll be the longest she's gone without an Oscar nom since 2006, when she was nominated for The Devil Wears Prada four years after Adaptation.

We're still not sure when we're going to see the release of Steven Soderbergh's Let Them All Talk. I don't know if we can expect any kind of theatrical release for the HBO Max film. My guess is probably not, and it will therefore be only eligible for TV awards. Probably better for Meryl's chances at some more recognition in 2021. I read a while back that many people think the movie will be one of the first things the new platform will release when it launches in May. Considering Soderbergh shot the whole thing in like two weeks, it'll probably be ready by then. That would be wonderful.

Mum's the word on whether or not The Nix will ever get made. The further it goes without any news, the less likely I think it will be that we'll see it. I'd still like to see it get made. Great premise, great characters, timely.

Speaking of timely, last week we learned that Streep has put some money behind Rachel Feldman's Lilly Ledbetter biopic, Lilly. I maintain that it would be strange if Meryl were producing a film whose main character is someone she could play. It seems like it would be a great vehicle for her. But as someone on this blog suggested, if the film does get made, and it's without Meryl, perhaps it's because Meryl already has something in the works we don't know about. With The Prom likely wrapping in the next few weeks, Meryl will then have no official projects with production schedules in place.

Tomorrow is the big day! Meryl isn't nominated for an individual award of course, but Little Women is up for six categories. Best chance for the film is likely costume design for Jacqueline Durran, but Greta Gerwig could be a spoiler for Adapted Screenplay.

Incidentally, the film surpassed the $100 million mark at the box office this week.

Below are my predictions in the top seven categories:

Actor in a Supporting Role
Brad Pitt (Once upon a Time...in Hollywood)

alt. Quentin Tarantino (Once upon a Time...in Hollywood)

For possibly the first time in the history of my blog, I deleted a post. Just a few minutes ago, I had posted about today's news from the Hollywood Reporter that Meryl had decided to co-produce the film Lilly, a biopic on Lilly Ledbetter, set to be directed by Rachel Feldman. Ledbetter is known for suing her employer, Goodyear, for equal pay.

Cut to me only realizing after I published the post that Ledbetter's fight against her employer was not in the late 70s like I had originally thought (when she would've been around 40), but in 2007, when she was closer to 70. I was under the impression that Meryl couldn't realistically portray Ledbetter in a film about her equal pay fight, but now I can't imagine how she won't!

The Lilly Ledbetter Fair Pay Act of 2009 was the first piece of legislation President Obama signed after his inauguration. Ledbetter won her suit against Goodyear, but it was appealed all the way up to the Supreme Court, where she ended up losing. The move by Congress to enact the new statute in the aftermath of the Supreme Court decision adjusted the timeline for filing sex discrimination suits.

Evidently the film, originally under the working title Ledbetter, was sort of lying development stasis. Maybe Meryl is lending some financial support and also "offering" to play the title role. Biopic, women's equality--seems right up Streep's ally. I wonder if it might seem a little bit too much like Silkwood, however. Ultimately though, if the script is good enough, I can totally see Meryl starring in this. 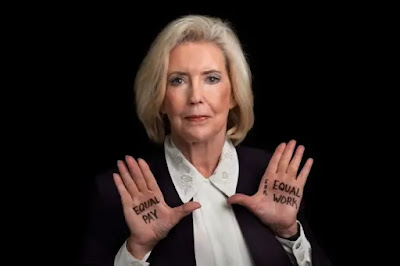 "Little Women" one for five at BAFTA Awards

Little Women went into today's ceremony for the British Academy Film Awards with five nominations. I wasn't really expecting it to come away with much, but it managed to score a win for costume designer Jacqueline Durran. The award I expected the film was more likely to get was for Greta Gerwig in adapted screenplay., which ended up going to Taika Waititi for Jojo Rabbit.

The Oscars are only a week away. I'll post some predictions next weekend. It'd be nice to see Little Women come away with at least one trophy. I'm thinking Gerwig is actually in a pretty good spot to pull off the upset.

Hard to believe awards season is almost over! The full list of BAFTA winners can be found here.
Posted by Jeff at 4:16 PM No comments: 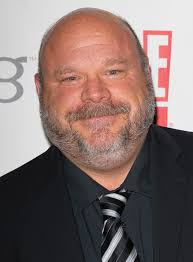 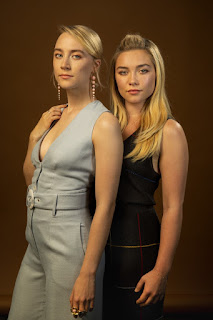