It's certainly been a while since I've devoted a single post to a literary character I'd like to see Meryl portray. If you've regularly read this blog, you know of my obsession with whether or not she was ever going to get to play Hildy Good in an adaptation of Ann Leary's bestselling 2013 novel, The Good House. The proverbial ship has seemingly sailed on that one, and not since 2012 have I suggested a completely original character from the world of fiction.

I honestly don't know what got me thinking about it, but a couple weeks ago I read a little blurb about  how the rights to Kazuo Ishguro's (known for The Remains of the Day) 2015 novel The Buried Giant had been acquired by producer Scott Rudin shortly after the book's release. There has been little to nothing mentioned about any adaptation since, but it got me thinking more about the characters.

I had read the novel around that time and don't recall any news about a screen adaptation. If I had, I probably would've immediately considered whether or not there had been a part suitable for Meryl (as I always do with stories I enjoy). The more I've thought about it now, one of the main characters, Beatrice, could potentially be a interesting role.

At the time I probably didn't really consider that Meryl would be ripe for an "elderly" woman. But if the story takes place in 6th century England, "elderly" may have been like 50. Also, Meryl will be 70 next year, and juicy parts (not there there will be a lot) for that particular demographic and maybe even slightly beyond will not be out of the question. With that in mind, I've been ruminating about the possibility of seeing Meryl tossed into a world not unlike Game of Thrones or The Lord of the Rings.

I've heard the book described as "melancholy" and I think that's a fair word. Beatrice and her husband Axl go on a foot journey to visit their son in another town. The trouble is, the couple's memories (and those of their community) have become increasingly hazy. They meet several characters along the way, fight illnesses and dragons and are posed with challenges to their love for each other. Themes of collective memory after tragedy or war, cultural identity and age are all explored against the backdrop of a post-Arthurian landscape.

Were the story ever to make it to the screen, I can't help but picture this as a limited series. That increasingly-favored format would be the perfect medium to capture the breadth and depth of the plot, plus build off the popularity of the aforementioned obsession with shows like Game of Thrones (but to a somewhat less violent or ostentatious level).

I think I'm going to reread the book. Picturing Meryl as one of the main characters will  give the already-enjoyable experience a fun new twist. 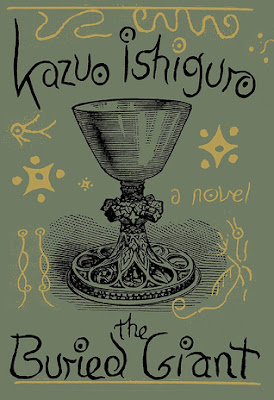 Disney has released a 'special look' at Mary Poppins Returns. It's essentially teaser trailer, except in this case the official (longer) trailer has already been released.

There's not much that's new except for a couple clips with the small children. Meryl gets another cameo nod toward the end, but I have a feeling her part is so small we're going to have to wait until it hits theaters around Christmas to see any extended scenes with her character, Topsy.

Filming is underway in Boston for Little Women. Today we get our first official snapshots of Saoirse Ronan, who plays the lead character, Jo. Also on set was Louis Garrel, who plays Jo's love interest, professor Bhaer. 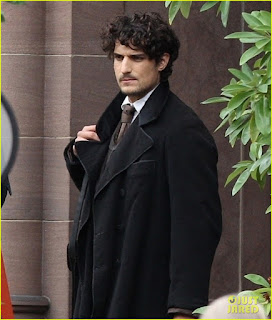 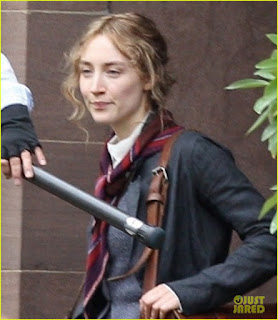 Still waiting for the first pics of Meryl as Aunt March!
Posted by Jeff at 5:01 PM No comments:

The Playlist is reporting that Steven Soderbergh's upcoming drama The Laundromat has added multiple cast members. Matthias Schoenaerts (The Danish Girl), Jeffrey Wright (Angels in America), Chris Parnell (Saturday Night Live) and James Cromwell (Angels in America, The Queen) are all attached to the project.

Cromwell is set to play Meryl's husband in the film. Streep evidently portrays a woman (and with Cromwell probably a couple) who loses her savings due to the shady business practices of the law firm Mossack Fonseca. Riley Keough has been cast as their daughter.

The article from Playlist also reported that there are going to be multiple A-list cameos. Meryl's role has frequently been called the "emotional through-line" of the film, but I have a feeling she might end up being a rather small roll, but hopefully not so small that it's considered a cameo.

Filming gets underway this week.

Google was kind enough to alert me to this confusing article in Marie Claire this evening in which Sharon Stone talks about being involved in a secret Netflix docudrama with Meryl. I did a little searching and turns out that the project with Stone is directed by Martin Scorsese and was possibly shot as far back as two years ago.

What the hell? Has anyone else heard anything about this? I can't even get a good sense if it's an actual film, or more of a documentary. If it is a film, and if Meryl is involved, how big of a part can it actually be? It seems very strange that Scorsese would have a legit movie that he just "hasn't gotten around to editing."

If this really is a thing, it would be the first time Streep has teamed with Scorsese. She was quoted several years ago about the iconic director: "I would like Martin Scorsese to be interested in a female character once in a while, but I don't think I'll live that long."

Several sources are reporting that to commemorate its 10th anniversary, Mamma Mia! will be returning to theaters for two days in November. On the 4th and 6th, about 400 theaters nationwide will present special screenings that in addition to the full film will include interviews with the cast and a featurette on how they coordinated Meryl's performance of "The Winner Takes it All."

The film originally surpassed $600 million at the global box office, so it'll be interesting to see how much it can add to its total in just a two-day period. Tickets for either day can be found here. 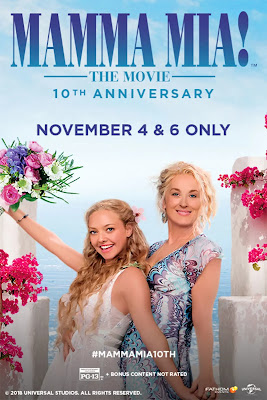 Netflix commits to distributing "The Laundromat," Schwimmer added to cast

Deadline is reporting that Netflix has committed to financing and releasing director Steven Soderbergh's The Laundromat. Meryl of course has been attached to the film since this spring. By latest accounts her character is one of the individuals whose life savings get squandered by illegal finance networks in Panama. David Schwimmer, of Friends fame, will have a role as an attorney representing a phony insurance company.

What's interesting in the article from Deadline is that among the names listed in leaked documents of possible wealthy individuals involved (other than our dumpy president) was Emma Watson. She is currently on the set of Little Women, another film in which Meryl is concurrently involved. I wonder if that's awkward at all...probably not, as we don't know what Watson's name being mentioned really even means.

Filming for The Laundromat is apparently scheduled in Miami from Oct 15-Dec 11.

Daily Mail has posted several pics that caught Emma Watson on the set of Greta Gerwig's Little Women. Below are just a couple: 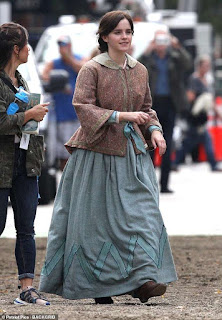 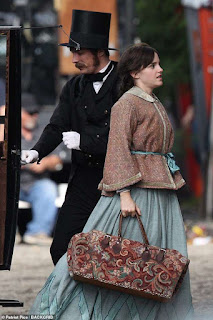 Watson portrays eldest March sister, Meg, and filming is currently underway near Boston. I have no idea what Meryl's filming schedule will be. I imagine that her contract likely condenses the time she has to be on set. So for all we know, she could film all her scenes in the matter of a few days.

When she does eventually shoot some scenes, hopefully we get similar snapshots from the set!

As the film's production is apparently underway in Boston, Deadline is reporting that actress Abby Quinn is the latest addition to the star-studded cast. Quinn has had roles in Law and Order: Special Victims Unit and Black Mirror and is apparently set to play sister Meg's wealthy friend.

Looking forward to some set picks soon (as well as a trailer Big Little Lies!). 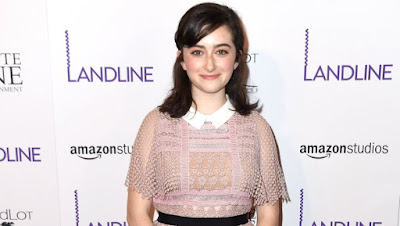