Last night, HBO released a promo for the upcoming and final season of Game of Thrones. With that, we get a tiny glimpse of Meryl in a scene (around 1:07) alongside Nicole Kidman and Reese Witherspoon in Big Little Lies.

It's barely anything, but it's nice to see at least a blurb of promotion for the upcoming season. Still no official word on when exactly we'll see season two, but as I've mentioned before, I'm guessing that similar to season one it'll debut around February.
Posted by Jeff at 9:54 AM 1 comment:

Stone out, Watson in, for Gerwig's "Little Women"

One Emma is out, another is in. Multiple sources have reported this afternoon that Emma Watson will be replacing Emma Stone in Greta Gerwig's upcoming adaptation of Little Women. Evidently Stone has promotional obligations for her upcoming film The Favorite (which I cannot wait to see) she cannot get out of.

This is an interesting turn of events only a little over a month before shooting is set to start. I'm a fan of Watson from the Harry Potter series, but I have to admit it seems like a tall order for her to step in for a recent Oscar-winner and then have to contend with the likes of Meryl Streep, Saoirse Ronan Laura Dern and Timothée Chalamet. Here's hoping Watson's up to the task. The role of Meg isn't a particularly flashy one, so maybe it'll be less of an issue than I expect. 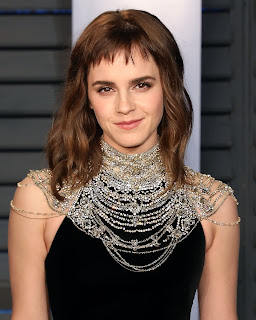 Two weeks ago I posted a poll asking voters to consider with which leading man Meryl had the best chemistry. Recall that Blogger discontinued the poll feature (stupidly) and I therefore had to find an outside option for running the poll. I don't like that people weren't able to see a running tally of the voting, but I didn't want to pay for that option yet, as I'm not sure I'll use the same website in the future.

Anyway, forgive me for the janky photo below, but I made a screenshot of the results to then post here: 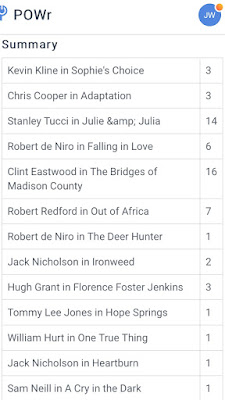 I have to admit, I'm rather surprised that Clint Eastwood came in first. I agree that he and Meryl had good chemistry in Bridges, but for him to finish on top with only Stanley Tucci in Julie & Julia coming close was not what I was expecting. Again, my favorite was Kevin Kline, but as you can see, he didn't fare so well. Glad to see no one got zero votes!

Thoughts for new polls?
Posted by Jeff at 7:00 AM 6 comments:

Exactly two months ago, I posted that season two of Big Little Lies had potentially wrapped. Turns out it was likely just the filming in and around Monterey (and possibly just for a handful of the cast).

Today, there's no doubt that the second season is indeed in the can, with star and producer Reese Witherspoon tweeting that this was their last day on set:


Feeling so grateful to my #biglittlelies family on our last day of shooting Season 2 ! 🌟You all have inspired me , supported me , made me laugh& cry . You made this second season even more exciting than the last ( i can’t wait for y’all to see it!!) Thank you @HBO !
— Reese Witherspoon (@RWitherspoon) August 17, 2018


We can't wait either, Reese. Next step: teaser trailer.

The circle may be complete. Multiple sources are now reporting that Laura Dern is in talks to star in Greta Gerwig's upcoming adaptation of Louisa May Alcott's Little Women. The only question is which role Dern will be playing, but I think we can all guess it will be Marmee (mother to the March sisters).  Dern of course will be seen alongside Meryl early next year in the second season of HBO's Big Little Lies.

This is quite the cast Gerwig has lined up for herself.  With Dern joining the likes of Streep, Saoirse Ronan, Emma Stone and Timothée Chalamet, the gay twitter universe may just implode.

Filming is set for early October.

Seven years of Word on the Streep!

I'm sure I sound like a broken record every time August 12 rolls around, but I enjoy commemorating the start of this blog with a big thank-you to any and all readers of Word on the Streep.  It's been seven years since I started writing down my obsessive thoughts about Meryl, and after nearly 800 posts, my interest is far from waning.

It has truly been a joy to read everyone's thoughts and opinions over the years, and I look forward to another twelve months of interaction. We have a lot to look forward to with all of Meryl's projects in the pipeline!

Poll #8: With which leading man did Meryl have the best chemistry?

It's been over three months since I've posted a poll so I figured we were due. Blogger has kind of been pissing me off lately, as they had issues with sending email notifications for comments for several weeks, and have also now discontinued they very easy-to-use poll gadget. So, it may look a little different that usual, as I've had to use an outside format.

Meryl has shared the screen with a wide array of leading men over the years, a handful on more than one occasion. I thought it'd be fun to consider who her best leading man has been.

Check out the choices to the right of the page, and of course comment if your favorite does not show up on the list. I'd be interested to read people's other choices, as I couldn't include everyone.

I'd have to say that mine is Kevin Kine in Sophie's Choice. I believe that Meryl had seen him in a play and recommended him to director Alan Pakula. It was Kline's first film role and for me, Meryl and Kevin were just a tragically fantastic pairing as Sophie and Nathan. 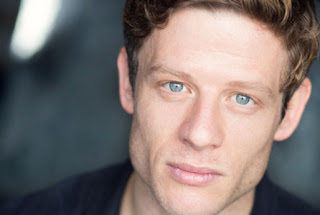 Yeah, not exactly repulsive. No word yet on whom the Flatliners actor is set to portray. Maybe Meg's husband?

Filming will begin early October of this year.
Posted by Jeff at 2:16 PM 2 comments:

Is there a role for Meryl in Hillary Clinton and Steven Spielberg's new limited series?

Multiple sources have just reported that Hillary Clinton is teaming with Steven Spielberg to bring Elaine Weiss's book The Woman's Hour: The Great Fight to Win the Vote to the small screen. The story tells of the fight to ratify the 19th Amendment, which ultimately gave women in the United States the right to vote. Plans are for a possible limited series.

When I researched these articles, I immediately thought of Meryl of course. She's a friend of Hillary's, just worked with Spielberg last year on The Post and this is exactly the type of project that Streep typically jumps at.

As early as 2012, Meryl was quoted as saying she'd to do a movie with Kathy Bates about suffragists Susan B. Anthony and Elizabeth Cady Stanton. The reviews I've read of The Woman's Hour describe a lot of backstories, including those of Anthony and Stanton, among a multitude of other characters.

No one is apparently hired to adapt a screenplay yet, but I'm obviously going to be keeping a close eye on this project. If they hustle, maybe they could get it together for a fall shoot next year, just in time for a release during the tumultuous political climate we're likely to see unfold in 2020 (a la The Nix). 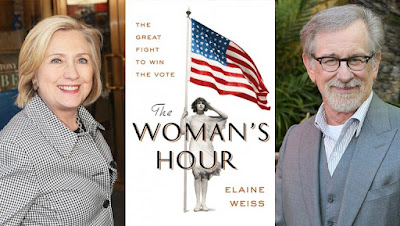