Winding down a week long vacation in the Pacific Northwest (which has been amazing btw), Joe and I have decided to finally spend a much needed evening in.  I'm getting a chance to do some reading and thought I'd update my blog with a wish list entry.  With the dust somewhat settled on the tragic news of Meryl going supporting for August: Osage County, I'm momentarily turning my attention to a film role possibility that I would be thrilled to see her portray.

In an interview early last year, Meryl indicated that she had discussed with Kathy Bates an interest in doing a film of 19th century civil rights activists and women's suffragists Susan B. Anthony and Elizabeth Cady Stanton.  If you're at all familiar with either activist's appearance, you'd understand why it's pretty likely Meryl would play Anthony and not the other way around.  Meryl had been busy promoting the proposed Women's History Museum on the National Mall, so perhaps the story of Anthony and Stanton was at the forefront of her mind at the time.  Regardless, not much more was mentioned about it after that initial revelation.

What's interesting is that after doing a little searching, there's actually a script floating around by a writer named Helise Flickstein about the two women entitled The Revolutionists.  There's even a link to a PDF copy of it online.  I haven't read it (yet), but I don't have particularly high hopes for its chances at getting produced.  That said, I like that there's at least some semblance of an interest in getting the story of these two incredibly important figures in U.S. history to the big screen.  As the writer of the screenplay points out, there's a potentially historic election coming up in 2016.  Were Hillary Clinton to be in the mix for election as the first female president of the United States, what great timing it would be to release a film about the two women who drafted the Constitutional Amendment that prohibited restricting the vote based on one's gender.

If Meryl's participation in The Good House pans out, I'm guessing filming would likely begin in the second half of 2014 with a late 2015 release planned (Oscar territory).  If the Anthony/Stanton picture were to happen, we'd still have two years from now before they would need to begin filming in order for it to be in theaters by summer 2016.  Perfect, right?!

It's been too long since Meryl has done one of her "buddy" projects, a la Death Becomes Her with Goldie Hawn, Marvin's Room with Diane Keaton, or (although never made) Mary Stuart with Glenn Close.  So, Meryl and Kathy, clear your schedules.  Ms. Flickstein, perfect that script and find a buyer.  Everyone else, spread the word.  This project needs to happen. 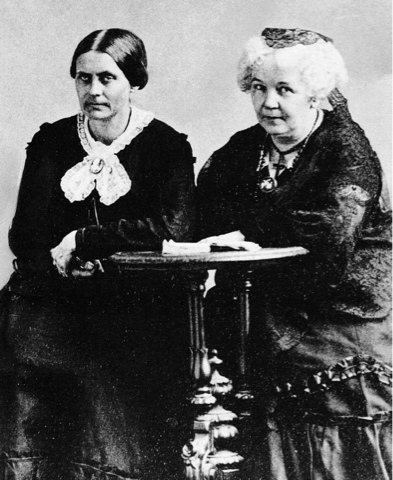