Meryl going back to lead?

Now Tom O'Neil over at Gold Derby is reporting that after a final cut has been completed of August: Osage County for its world premiere in Toronto in two weeks, it looks like the consensus may turn out be that Meryl is indeed lead after all.  Duh.  Apparently a "final decision will be announced within days."  While I'm personally pleased by the prospect of Streep getting nominated in lead instead of supporting, the original story that came out a few weeks ago about category placement is seeming more and more like a ploy by Harvey Weinstein and O'Neil to get buzz going.  Kudos to both, because it worked beautifully.  I've no doubt that with this new revelation the blogosphere will fucking explode...again.  Latest production still: 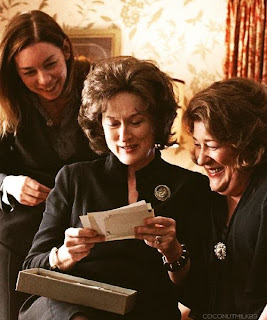