New poster for "The Giver"

I'm a day or two late on this one, but a new movie poster for The Giver was recently released: 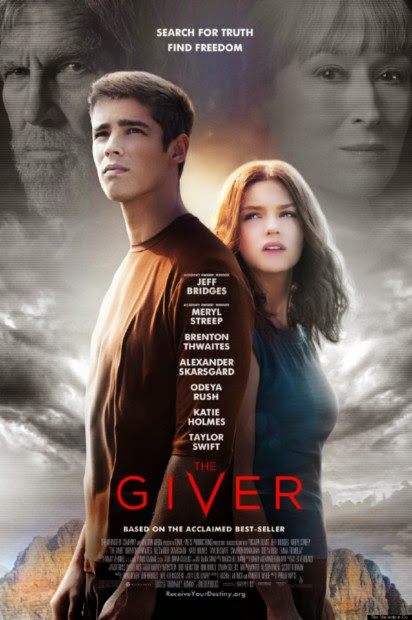 Fun bangs, Meryl.  Pretty good that she's getting second billing for a role that in the book would amount to about five minutes of screen time.  We know however that her part was considerably expanded for the film.  Hopefully it helps draw people to the theater.  Only a month and half away!
Posted by Jeff at 4:46 PM