Meryl to "officially" be campaigned in lead for "August: Osage County"

After last night's premiere of August: Osage County, the Weinstein Company is evidently "officially" putting Meryl in lead and dropping Julia Roberts to supporting (although I think there's still good chance of both going lead).  This was sort of expected, and truthfully where things likely stood prior to Tom O'Neil's report about Meryl possibly going supporting last month.  After having read some official reviews, praise for Meryl's performance is almost unanimous.  Roberts is getting mostly good to great reviews too, but without question the standout is Streep.  I wish more people thought as highly of the film as they do the acting, but the general sense I get is that people who have seen the play find the film a lesser version of a great story.

Bottom line it that Meryl looks like a strong contender for awards recognition this year and audiences at the screenings seem to be eating it up, even if critics aren't blown away.  At least there's hope for respectable box office returns come Christmas.  That can often propel buzz about the film and its stars.  I can't wait to see this.  The Twin Cities Film Fest should be announcing its October lineup soon! 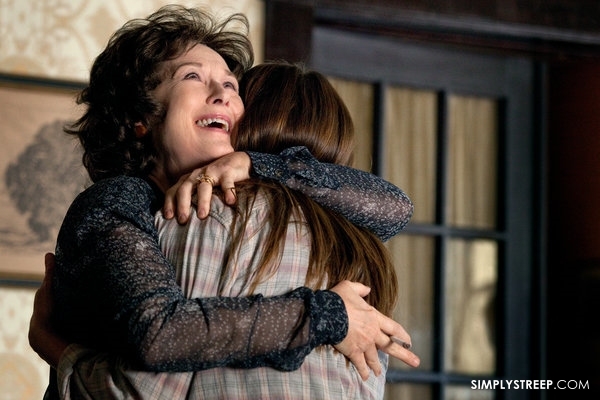