"Into the Woods" filming underway, Crawford confirmed as Little Red

Disney sent out several press releases today indicating that filming has begun on the adaptation of Stephen Sondheim's musical Into the Woods.   Evidently the first week of shooting is complete in England.  I wonder if Meryl was involved in this completed filming, as it was reported last week  that she missed the Toronto Film Festival premiere of August: Osage County due to illness.

The more interesting thing about the filming updates is that Lilla Crawford is now confirmed as Little Red Riding Hood.  Like most others, I thought that Sophia Grace Brownlee had been confirmed in the role.  Some other sources are suggesting the Brownlee was replaced by Crawford, but apparently Disney never officially confirmed Brownlee's casting last month.  It's strange because I think Sophia Grace's family tweeted that she was indeed cast, and even Ellen Degeneres may have mentioned it at some point as well.  I don't know when we'll know if her original involvement was just a rumor or if Brownlee was actually replaced.  If the latter is the case, I kind of feel bad for the kid, but I'm sure a lot of people are breathing a collective sigh of relief knowing she won't be in the film after all.  Regardless, Crawford seems like the better choice. 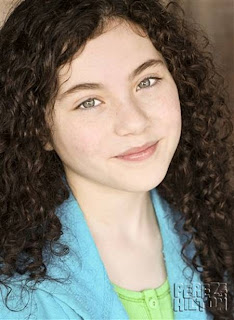