First cast pics from "Into the Woods"

Broadway World has posted the first pics of the cast from the currently filming Into the Woods.  It appears they're filming Cinderella's (Anna Kendrick) wedding, with her Prince, Chris Pine which takes place at the end of Act I.   Included in the link are pics of many of the other cast members in various scenes from early shooting.   Sadly, Meryl is in none of these, as the Witch is not present at the wedding.  We'll get a few glimpses of her soon enough I should think.  Filming reportedly took place at Dover Castle. 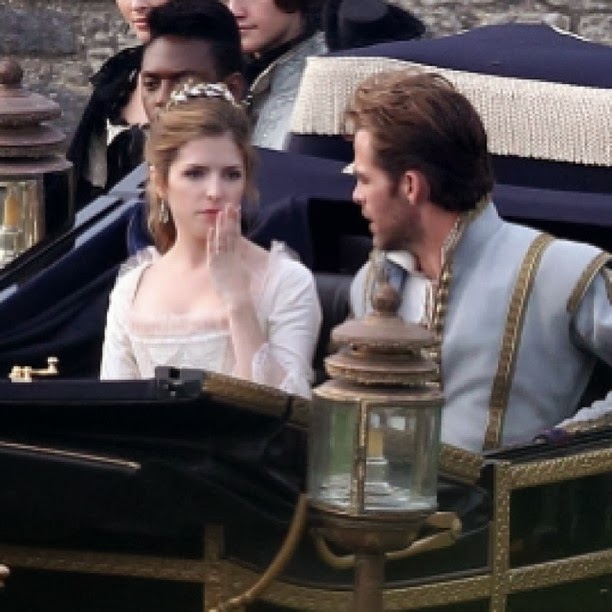