Deadline is reporting that 16 year-old Abigail Breslin has been cast as Jean in Meryl's upcoming film August: Osage County.  Although I have a hard time picturing Breslin as anything but her pudgy character in Little Miss Sunshine, I'm sure this is a great addition.  I saw a couple of pictures of her online and she's looking quite grown up, so I don't think it'll be too tough to convince me she's someone other than Olive Hoover.

As Jean Fordham, Breslin will play Julia Roberts's cranky,  pot-smoking daughter.   There are so many incredible female roles in this movie, with two of the best still to be revealed:  Mattie Fae and Ivy.  The way news has been rolling out every few days, I have to wonder if they pretty much have this thing cast and they just give out one name at a time so nerds like me can go crazy publicizing it.   It's a good tactic because I'm like a Pavlovian dog impatiently anticipating updates.  So, here's where we stand now: 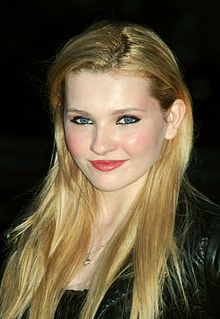