New pics from set of "Suffragette"

Both Carey Mulligan and Helena Bonham Carter were seen filming scenes for Suffragette at Holloway Prison near London.  Emmeline Pankhurst (Meryl's character), along with close to 30 other women, was sent to that prison after leading protests in favor of women's voting rights. 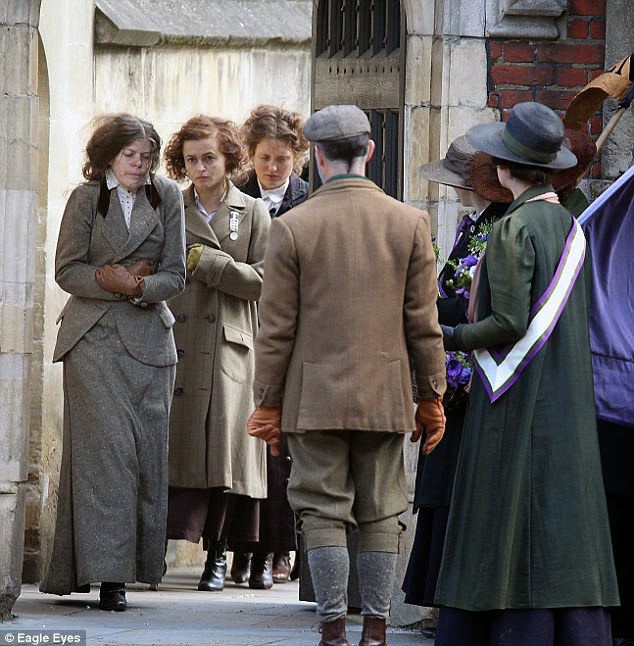 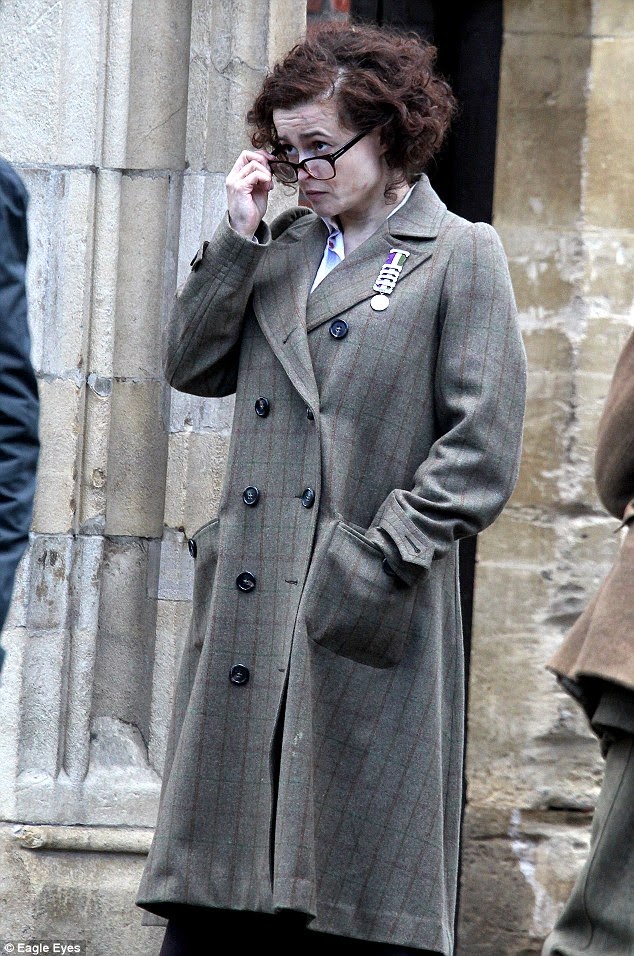 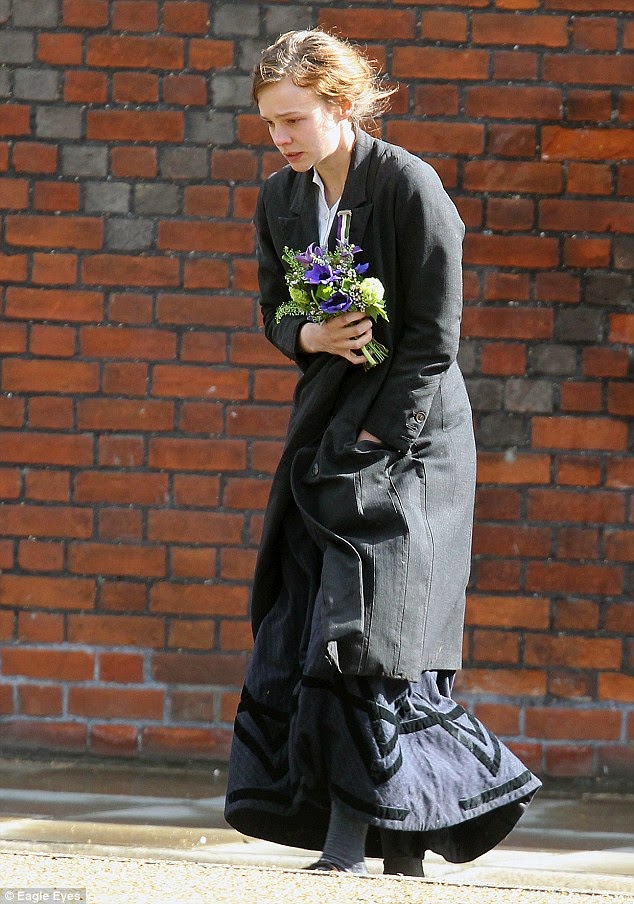 Poking around Oscar blogs, there are numerous people predicting Meryl having a shot at a supporting nod for this film.  My understanding is that it's going to be a rather small role, mainly one important speech.  I would of course love for her to be in contention, but I continue to feel that Into the Woods may be her best shot this year, and likely in lead.  No definite word on whether Suffragette will be released in U.S. in 2014 to qualify it for awards, but as I've said in previous posts, if they're planning on releasing it in the U.K. in January 2015, I can't imagine they won't give at least a week's run here in the states to keep Oscar possibilities open.
Posted by Jeff at 10:56 AM