Um, finally.  Theater Mania released an article yesterday revealing that Julianne Nicholson has been cast as Ivy in August: Osage County.  I know.  Who?  She's mostly known for her television work like Law & Order: Criminal Intent and Boardwalk Empire.  She's done a few small parts in films such as Kinsey and (omg) One True Thing.  Nicholson certainly looks the part of mousy Ivy.  Talk about the break of a lifetime, considering how high-profile the rest of this cast is.   It hasn't been officially announced, but evidently screenwriter Tracy Wells casually mentioned her at a meet and greet for a new Broadway production of Who's Afraid of Virginia Woolf.   I'm guessing it'll come out in a more formal way once shooting starts Monday.  But I think we can consider this confirmed.

Of course I've noticed how the three sisters cast in this film are named Julia, Juliette and Julianne.  I enjoy how New York Daily News coined it the "Jul Box." Something else I noticed when I read the article on Theater Mania is that last week on the same website, it was announced that Nicholson would be unable to complete the extended run of (of all people) Sam Shepard's play Heartless because of "prior commitments."  Indeed.  Here's where we are on casting:

All we have left is the pivotal role of Sheriff Deon Gilbeau. 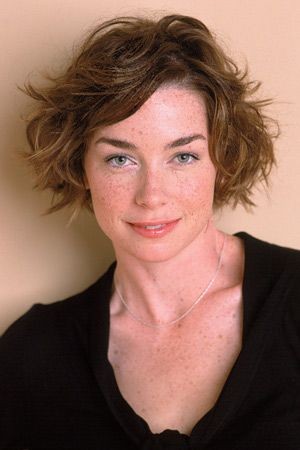