Wow, two casting updates in under 24 hours.  Variety is on it this week.  It was just revealed that Scottish actor Ewan McGregor has been cast as "Bill" in August: Osage County.   This announcement comes less than a day after we were given our "Johnna" in actress Misty Upham.  McGregor is a fantastic actor and I'm thrilled that we continue to get such big names added to the cast.  He's probably best known for his role as a drug addict in Trainspotting and of course opposite Nicole Kidman in Moulin Rouge (the latter not my fav).  When I originally saw his name I thought he seemed a bit young too, but at 41, he's only a little over three years younger than his onscreen wife, played by Julia Roberts.

The role for McGregor is by no means huge, but I am so excited about seeing this amazing collection of actors working together as an ensemble.  This could be really special.  Definitely an actors' film and will therefore be very much on the awards season radar early on.   Of course it technically already is, but let's at least let them begin shooting before we start handing out Oscars.

I've read on Meryl Streep forums that Amy Adams is more than likely not going to be in the film as "Ivy."  Possible reasons include being too busy, or being too tired after participating in Into the Woods in Central Park this summer.  She also likely has a lot of press responsibilities in the coming months promoting both The Master and Trouble with the Curve.  So, I've removed her from the list completely.  I'm not disappointed.   As I've said in previous posts, two films with her and Meryl in the last four years is plenty.  Alrighty, here's where things stand as of this afternoon:

Yet to be confirmed: 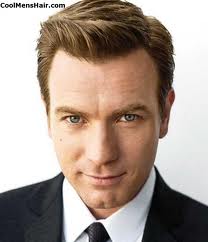