First glimpse of Meryl as "Violet"

Yesterday some photos showed up on the web from the set of August: Osage County.  Thank you to whomever at aboutjulia.com found these!  There's just one of Meryl, with co-star Margo Martindale who plays her sister Mattie Fae. 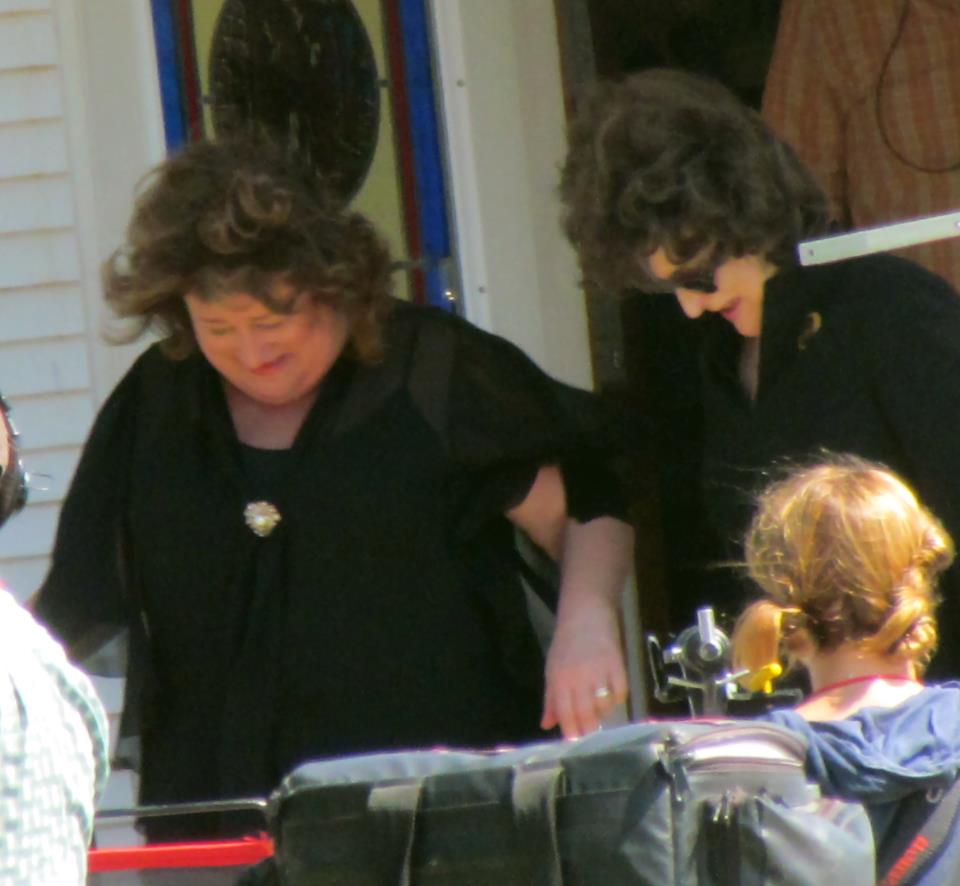 The first thing I thought when I saw this pic is that Meryl (on the right...hopefully obviously) looks like she has crazy-lady hair.   That's probably a good wig choice because Violet likes her some crazy.  The second thing I thought was, shit, these two really look alike here.  Again, good choice on casting, as they play sisters.  Being that the two are donning black garbs, I'm sure the scene they're working on is from the beginning of Act Two in the play, where the Weston family has just buried their lost and found patriarch, Beverly.

Tulsa World has also posted some pics from this week's shoot, mostly of Chris Cooper and Benedict Cumberbatch.  Again, these are likely from scenes after Beverly's funeral, as this is where Little Charles is introduced.   So excited to hopefully see more of Meryl on-set soon!
Posted by Jeff at 4:38 PM