Variety is reporting that Misty Upham has been cast as housekeeper "Johnna" in Meryl's upcoming film August: Osage County.  Upham, of Native American descent (evidently Blackfoot tribe), is probably best known for her supporting role in 2008's Frozen River.   Melissa Leo earned an Oscar nomination for Best Actress in the film.  This may elicit a gay gasp but I've never seen the movie.   I guess I have a good reason to now.  With shooting set to begin in under two weeks, we can hopefully expect to have the remaining three cast members revealed over the next thirteen days.

We now have only Sheriff Deon, Bill and Ivy left to round out the full cast.  Ivy will be huge.  Bill isn't a tiny part by any means, but Ivy is arguably in the top two of role importance in this story.  Although Barbara likely has more screen time, Ivy and Violet are the two most interesting characters in my opinion.  Plus, whoever plays Ivy will likely have some intimate scenes with Meryl.  Here's where we stand as of tonight:

Yet to be confirmed: 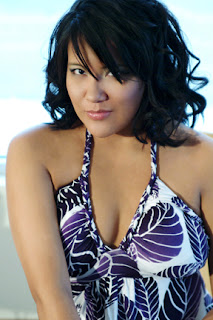