Meryl is possibly in the hunt for awards recognition this season for The Laundromat. Her chances have seemed to dwindle a bit in recent weeks. While the film isn't getting great reviews, Streep is getting good notices, often described as the best thing in the movie. I haven't seen it yet (it's only in limited theaters), and I'm guessing that I'll ultimately first see it when it's released to Netflix on on October 18.

As I've tended to do in other years, I like to comment on where I think Meryl is in the running compared to other ladies in contention. With that in mind, I got the chance to see two movies this weekend, and am going to give my thoughts on two of the contenders.

The first film I saw was Downton Abbey. Full disclosure, I loved the series, but I'm not sure I would have made the point to see the film version in the theater had I not wanted to get a head start on Oscar-watching. The movie was actually great, and Maggie Smith is getting some buzz for reprising her role as the Dowager Countess. She was very well-rewarded for her role in the series iteration, so it's not surprising that many are touting her chances with this feature film. Her performance wasn't really anything special. It's certainly not any different than what we've seen for years on the series, and it's pretty much a ho-hum "Maggie Smith" role. She does a lovely job I'm sure, but nothing we haven't seen before, no particular stretch for her. All that said, I wouldn't be at all surprised if she gets nominated for an Oscar. People LOVE her in this role. A huge box-office haul is not going to hurt either. 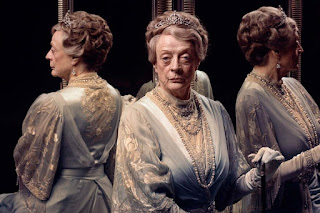 The more interesting of the two roles I watched was Jennifer Lopez in Hustlers. I'm just as surprised as the next person that J Lo is in the conversation for Oscar at all. But after seeing the movie, I can sort of understand why. First off, it's a borderline lead role, which certainly helps in regard to screen time. She has a lot to do, and a lot of moments to shine. She plays a stripper who ends up corralling a group of her co-workers to drug men and steal their money. Not unlike Maggie Smith, however, I don't think this role is like wildly outside of something I could normally expect to see J Lo in, but she was pretty convincing at Ramona. She looked amazing, did some incredible pole dancing, had emotional scenes and went on a journey as a character. The film, while disturbing at times, is overall very well done, and I enjoyed it more than I thought I would. It's getting great reviews, as is she, so she's shot up toward the top of many people's lists. 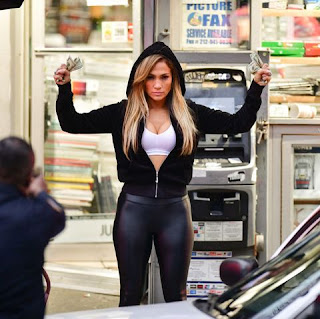 Of the two contenders I've seen so far this year, my rankings go: