Multiple sources are reporting that Kerry Washington (Scandal, Shadow Force) has joined Ryan Murphy's upcoming film adaptation of the Broadway musical The Prom. There is no word yet on what role Washington will play. I'm not sure if she can sing or not, but I'm guessing there are plenty of non-singing roles in the film, regardless.

Early reports had indicated the film would begin filming in December, with a late-summer 2020 release planned. 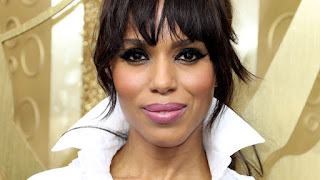