The Hollywood Reporter has revealed that John Logan (Showtime's Penny Dreadful) been named the showrunner and executive producer of The Nix.  I had to look up exactly what "showrunner" involved, and its definition is exactly what I expected: the person who has creative authority and management responsibility for a television program.  This is the first news on this project since Meryl's involvement was announced in early September.

It's great to learn that this is moving forward.  No news on who will be adapting the novel for the limited series, nor has a network been named.  To this point, Streep is the only actor attached to star, while J.J. Abrams, one of the producers, is expected to direct a portion of the series.

I finished the novel this weekend and have to say that I'm a little perplexed as to how Meryl was drawn to this story as far it potentially providing a juicy role.  Her character of Faye is incredibly complex, it's just that over the course of the 620-page book, the 60 year-old Faye is present for about 50 pages.  It seems more likely that since Meryl is a co-producer (which she hardly ever does) she was more attracted to the overall story.  It spans several decades and delves into the American political landscape of both the 60's and present day.  Author Nathan Hill does a brilliant job weaving the characters' interactions over the years and how it shapes Faye and her son, Samuel.  I can't imagine how they'll make a screen version of this without having a "younger" Meryl cast.  This could also be a huge opportunity for a 30-something actor in the role of Samuel.  I'm excited to hopefully hear more news soon on casting.

With this news, I imagine that we could see filming sometime in the second half of 2017. 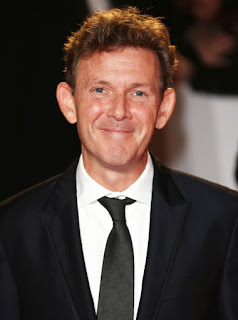