Broadway World reported yesterday that Florence Foster Jenkins will be released on Blu-ray, DVD and On Demand on December 13.  The digital HD release is a couple weeks earlier, November 29.  Interestingly, the Blu-ray/DVD release is sandwiched right between the Golden Globe and SAG nominations announcements, which happen to take place on December 12 and 14, respectively.  Not an accident, I presume.

Click on the link above to get more detail on the special features that are attached to the home video release.  Hopefully Meryl will at the very least receive a Globe nom, which will help with marketing.  Hard to believe these nominations come out in just two months! 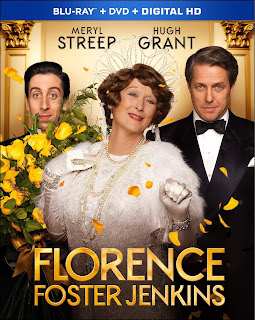