A few days ago, multiple sources reported that Colin Firth is in talks to join Mary Poppins Returns.  Firth's character is expected to be that of William Weatherall Wilkins, the president of Fidelity Fiduciary Bank, a role that I doubt will be substantial in size, possibly even the caliber of a cameo.  Meryl of course worked with Firth on Mamma Mia! in 2008, so it'll be nice to see the pair reunited on screen.  No word yet, however, if the two share any scenes.

The cast is rounding out nicely, with the following list taken from IMDb: 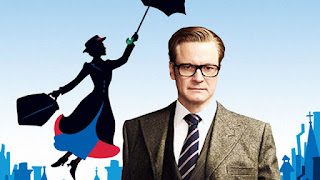