First poster for "Ricki and the Flash"

Evindently a snippet from Ricki and the Flash was shown in Las Vegas at CinemaCon last night, and someone in attendance posted a pic of the first poster from the film: 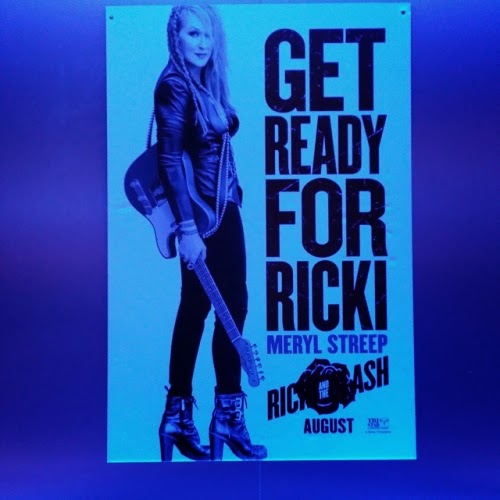 Meryl looks pretty bitchin'.  JJ Duncan from Zimbio also happens to think this will nab Streep her 20th Oscar nomination, as the few minutes of film showing Meryl were apparently rather impressive. Couple that with another transformative look, and it's hard not to agree that she'll easily be in the conversation for awards consideration.  Rumor has it that we can expect the first trailer in the second half of May.
Posted by Jeff at 7:19 PM

Email ThisBlogThis!Share to TwitterShare to FacebookShare to Pinterest
Labels: News, Oscar Buzz, Ricki and the Flash