Streep to join Jolie and Pitt in "Africa"?

An interview with Kenyan paleoanthropologist Richard Leakey was posted yesterday on the South China Morning Post.  Before you say why the hell is that news?, hear me out.  In the interview, Leakey discusses the upcoming Angelina Jolie film Africa, which is to be based on his memoir Wildlife Wars: My Fight to Save Africa's National Treasures.  Brad Pitt has been mentioned to star as Leakey, Jolie (in addition to directing) his wife and according to this new article, Meryl as Leakey's mother, Mary.

Ok, a few things.  Leakey is not directly quoted as mentioning Meryl, although I'm not sure why that would come out of nowhere from the writer of the article, Sarah Lazraus.  Rest assured I've emailed the managing editor of the journal to see if we can get confirmation from Lazarus as to what her source was for including Meryl's name.  Hopefully she's not just confused about Meryl lending her voice to the upcoming documentary Shout Gladi Gladi, which focuses on women's health in Africa.  I can recall when Into the Woods was still unconfirmed that a phone interview Meryl did with a Chinese reported bascially solidified her involvement.  This makes it a little more difficult for me to simply disregard this latest bit of news based solely on its seemingly obscure source.

Regardless, this could be an enticing project were Streep's participation to come to fruition.  Some might scoff at the idea of Jolie directing Meryl, but I don't imagine this being a large part.  So why would Streep bother, you wonder?  Well, she is certainly one to involve herself in what she considers important causes.  Advocating environmental and animal conservation seems reasonably within that scope.  Plus, Mary Leakey was no slouch when it comes to making a name for oneself.  She and her husband Louis were revolutionary in the field of paloeanthropology, substantially contributing to our current understanding of human evolution.  For these reasons, I'd be thrilled if Meryl lent her talents to this story.  Another character with a British accent, no less.

From what I understand, filming is tentatively expected to begin this summer.  Meryl will likely wrap Florence Foster Jenkins by July, which would give her a few weeks at the end of the summer to film if she had few scenes.  Hopefully it wouldn't get in the way of the potential shooting of The Good House, which if we are to believe reports from FilmNation, will start production this year.  Early fall seems a reasonable start to that project.  On paper, scheduling wouldn't be an issue for the new project.  We'll just have to wait and see if Africa is a legit connection for our girl. 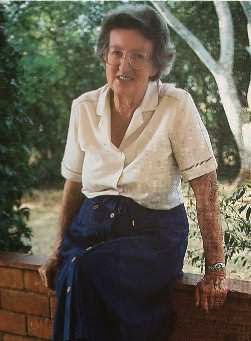