Meryl joined her cast members from Suffragette to pose for a photo promoting International Women's Day March 8. The film of course depicts the early days of the women's suffrage movement in the U.K.  Streep is joined in the photo by Carey Mulligan, Helena Bonham Carter, director Sarah Gavron and screenwriter Abi Morgan, among others. 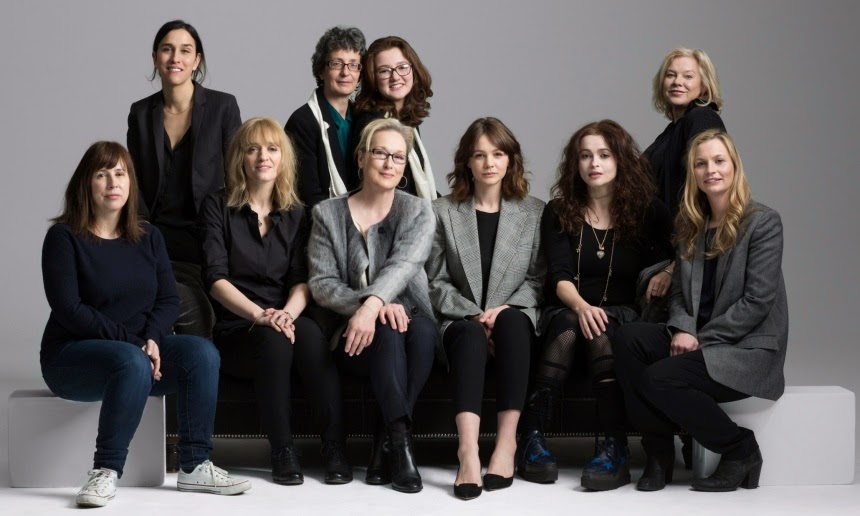 The film is set for release in the U.K. on September 11. Considering it wrapped last spring, could we at least get a few more production stills?  Teaser perhaps?

In totally unrelated news, last night Meryl's IMDb Pro page was updated (again) to include the rumored role of Cruella de Vil in a live-action version of the famous character from Disney's 101 Dalmations.  Glenn Close is listed as an executive producer.  Ugh, I don't know what to think about this considering all the potential projects Streep has in the pipeline.   No official word yet of course.  I need concrete details, Hollywood!  I tend to like that Meryl does more than fewer roles, and she never really does the same thing twice.  With the success of Maleficent and now potentially Cinderella, why not be the next big villainess to crank up box office receipts?
Posted by Jeff at 9:55 AM