New posters for "The Giver"

Yesterday several new character posters were released for Meryl's upcoming film The Giver.  Check out this link for the entire gallery, but I'm happy to post Meryl's: 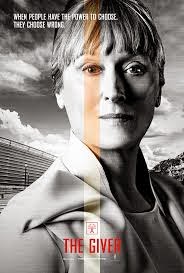 I imagine we'll see another trailer from this relatively soon, as it's fewer than three months away. And is anyone else wondering when the hell a trailer for Into the Woods will be released?!  It would really be strange to me that not even a teaser would be ready to screen before Maleficent premieres next week, as it seems the perfect opportunity for exposure, as they're both Disney. Alas, no word yet.
Posted by Jeff at 8:20 PM

Email ThisBlogThis!Share to TwitterShare to FacebookShare to Pinterest
Labels: Into the Woods, News, The Giver