Johnny Depp in talks to join Meryl in "Into the Woods"

Several sources are reporting that Johnny Depp is in talks to join the cast of the film Into the Woods as The Baker.  Variety includes Meryl as "in talks" as well, but we've known this for months.  It's exciting to picture these two heavyweights teaming up for a big Rob Marshall musical.  The fact that in April we're beginning to get additional possible cast members indicates a greater likelihood that the film, as I previously reported, may in fact begin principle photography in October.  And again, any news on this film actually moving forward is great news.  Let's hope Depp's involvement turns out to be more than a rumor! 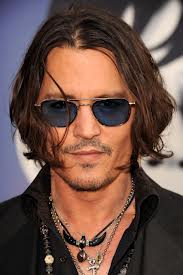