New pics of Streep on the set of "The Prom"

Meryl was spotted again this week on the set of Ryan Murphy's upcoming Netflix adaptation of The Prom. 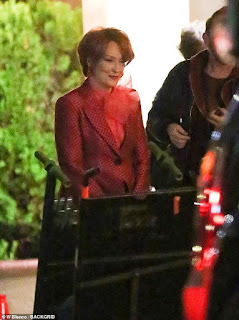 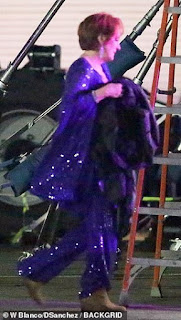 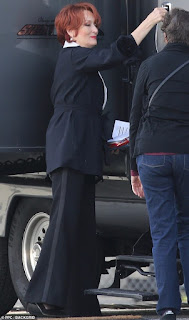 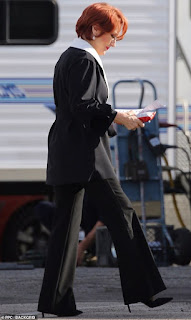 I'm diggin' the red wig. She's dressed like a powerful media mogul (with the exception of the Liza Minnelli-ish sequined blue getup). And may I say also looking quite trim?

It seems pretty obvious that the first round of photos I posted a couple weeks ago show her costumed for a role within a role (the Eleanor Roosevelt musical that bombs).

Hard to believe the Golden Globes are only two weeks from today!
Posted by Jeff at 9:45 AM