First look at Streep on set of "The Prom"

The filming of Ryan Murphy's Netflix adaptation of the Broadway musical The Prom is underway in Los Angeles, and there are a few captures of Meryl in costume: 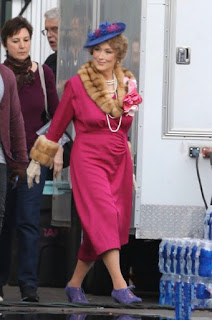 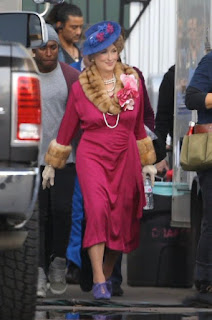 She's like a thinner, more colorful version of Florence Foster Jenkins. We know that the story takes place in present time, however, so I'm guessing this is her costume for when her character, Dee Dee, takes part in a panned Eleanor Roosevelt musical.

More photos, including some of Meryl's co-star James Corden, can be found at Just Jared.