The first official still from The Post was revealed earlier today: 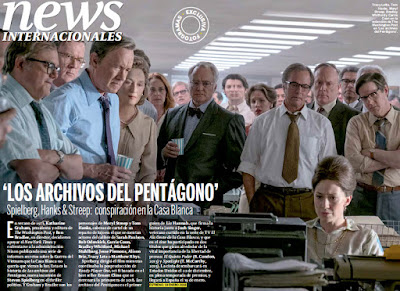 It seems a bit strange that "Fotogramas" is the publication to show the first official pic from the movie, as I've never heard of it. Regardless, i's a great photo and I'm guessing that we'll be getting a trailer within the next two weeks, likely revealed online by mid next week and attached in theaters to Murder on the Orient Express, another 20th Century Fox film, set for release on November 10. Can't wait!
Posted by Jeff at 2:59 PM