Well isn't this an interesting twist! A few sources are reporting tonight that Cher is joining the cast of Mamma Mia: Here We Go Again!  Said to be in London currently rehearsing, she will evidently be performing two Abba songs in the film. No other details were revealed on her exact role or character name.

There's also been some speculation about Meryl's participation in the film. As I mentioned in my last post, filming has seemed to wrap in Croatia and we didn't see any pics of Meryl on set, sparking rumors that she wasn't involved after all. But I read this weekend that a possible reason that Meryl did not immediately comment on the Weinstein scandal (she released a statement four days after the story broke) was because her publicist said she was "off the grid" for several days. A film set in Croatia could possibly be "off the grid."

If Meryl is indeed still in the film and now Cher is joining, this latest piece of news is is just one more factor that is sure to get butts in the theater seats. 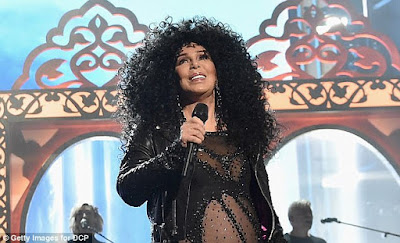