Well, as expected, Patricia Arquette took home the trophy last night at the Golden Globe Awards in Meryl's category.  Despite the loss, Meryl looked amazing and created quite the Twitter buzz when Margaret Cho, dressed as a North Korean army general, posed for a picture with her during the telecast. 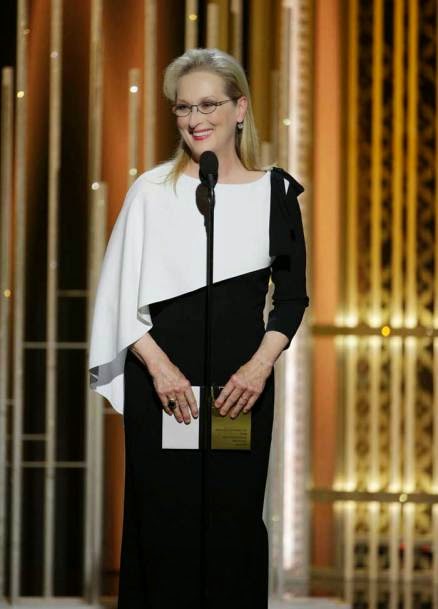