Yesterday, Meryl joined director John Wells in Paris for the French première of her film August: Osage County .  The article from the Daily Mail also reported that Julia Roberts was not present and cancelled other engagements earlier in the week due to the death of her sister last weekend.  Despite Julia's terrible loss, Meryl was looking mighty fine on the Parisian red carpet. 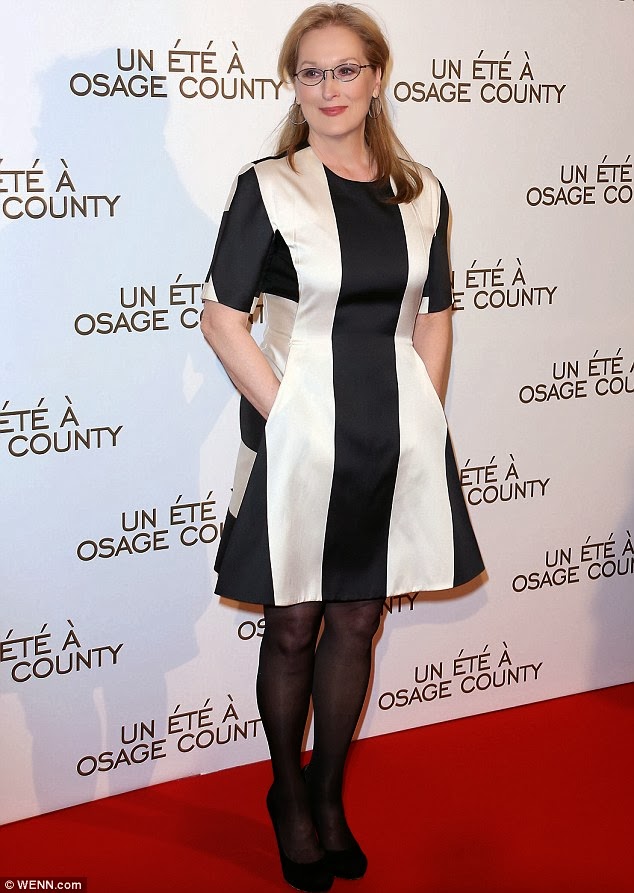 The film has currently grossed just over $18 million at the foreign box office.
Posted by Jeff at 3:37 PM