First set pics of Meryl in "The Giver"

Ok, I thought Meryl was already finished shooting in South Africa for The Giver.  Evidently not, as last week the first set pics were snapped of her in costume as the Chief Elder. 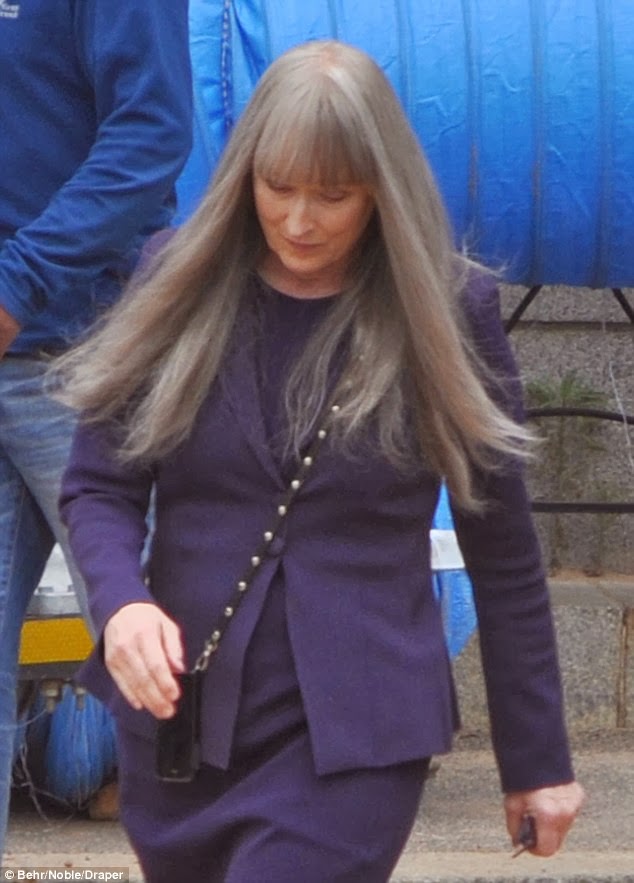 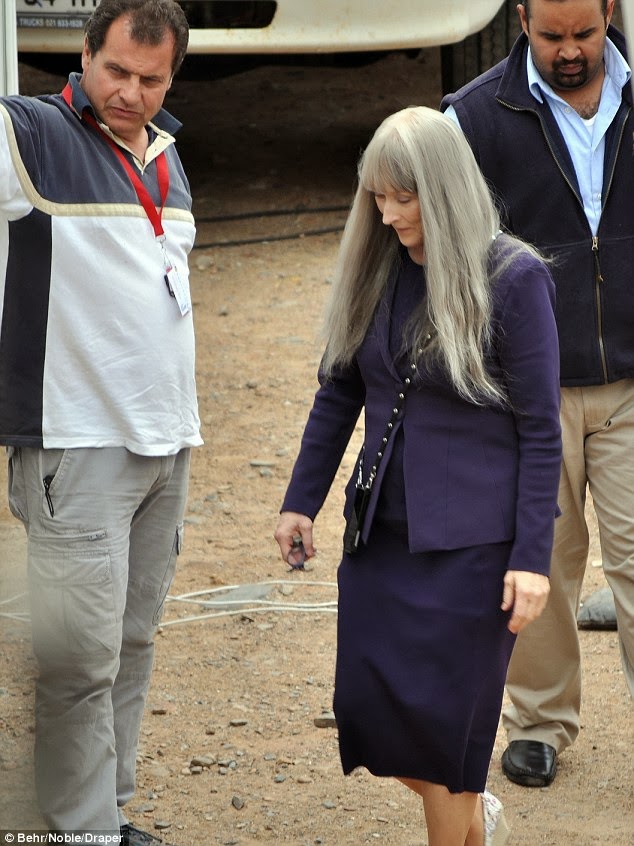 Fun wig, Mer.  She's typically pretty involved in the styling for her roles, as I'm sure she has a specific idea of how to characterize each portrayal physically.  It's been a rather "wiggy" career year for her, following Violet Weston's Liz Taylor do in August: Osage County and the set pic from Into the Woods a few months ago featuring a twig-infested witch's mane.  The Giver is set for an August 15th release.