Streep to team with Soderbergh (again) on "Let Them All Talk"

According to The Playlist, Meryl is in the process of filming a "secret" movie with director Steven Soderbergh entitled Let Them All Talk. Very little is known as of yet, other than that the one other actor is Gemma Chan (Crazy Rich Asians), and the film is shooting for a few days in New York before setting off to a remote overseas location.

Wow, this info seems so unexpected and obscure. By the way it's reported, it sounds like it's a feature narrative film, and they're shooting it on some brand new type of digital camera called the RED Komodo Dragon. It's hard to get too excited when we don't have any idea of what type of character Meryl is playing, nor what the story is about.

Evidently they're expecting a bidding war for which studio or platform will land distribution rights.

Meryl just keeps on truckin' along. 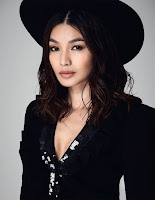 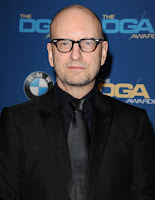 Email ThisBlogThis!Share to TwitterShare to FacebookShare to Pinterest
Labels: Let Them All Talk, News, Rumored Projects