Entertainment Weekly ran an article yesterday with a few snippets from Meryl about her experience on Mary Poppins Returns. Much of it covers the background of how Streep got involved, mainly that she wanted to be in whatever director Rob Marshall was doing after Into the Woods.

One interesting thing (and I think I read about this somewhere else but I can't remember where) is that they mention how Meryl's character Topsy has an "unplaceable accent," which I seem to recall being some amalgam of an Eastern European dialect. Lord knows that shouldn't be too challenging for Meryl (see Sophie's Choice).

The way she describes how crazy ambitious the picture is, I'm looking more and more forward to it. Hard to believe it'll be in theaters in less than six weeks! 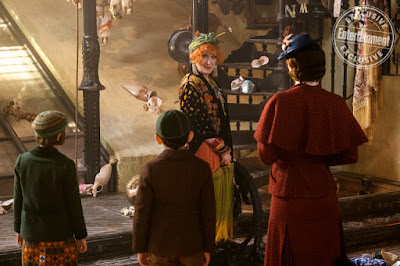