The much-anticipated full-length trailer for Mary Poppins Returns was released this morning:

To be honest, I was expecting more than a two second screenshot of Meryl toward the end, but I suppose that if this is truly a cameo performance (which I've always assumed it was) they're going to focus mostly on Mary and the visual sequences.

The cinematography is great and it's fun that they're using some of the seemingly old-fashioned hand-drawn animation in certain sequences. That being said, I'm big fan of Disney's first installment from 1964 and an even bigger fan of Julie Andrews. Blunt sounds fine, but she's just not that strong of a singer, which, to me, is an important point of satisfaction when I watch musicals.

Of course I'll be seeing the film regardless when it hits theaters the week before Christmas on December 19.

PS-I think Meryl's character (Topsy) looks like a cross between Madam Ruby from Pee-Wee's Big Adventure and Madame Medusa from The Rescuers: 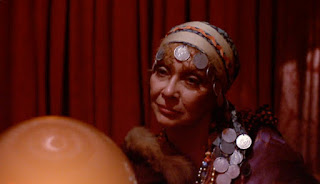 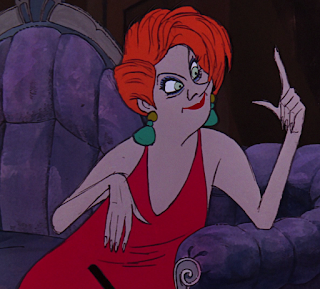