After this weekend, we'll likely have our rough final numbers for the domestic box office haul for "The Post."  It's currently only in 159 theaters across the U.S., so the returns are diminishing significantly. Couple that with the fact that it didn't get much of a boost after the Oscars, as it was completely absent from the winners' list, and it's pretty easy to see where it will end up.  As this goes to post, the film has grossed $81 million on a $50m budget.  Not too shabby for a political drama with no special effects. In foreign markets it has taken in another $73m, bringing its worldwide total past $154m. It's just starting to get released in Asia, so I expect that foreign number to bounce a bit before all is said and done.

I'm not super concerned typically with major box office success just for the sake of it, but I enjoy when Meryl's films do well commercially because it means it's far more likely for projects she'd be interested in doing to get greenlit. The film will be available on digital media on April 4, with its DVD/Blu-ray release date set for April 17. 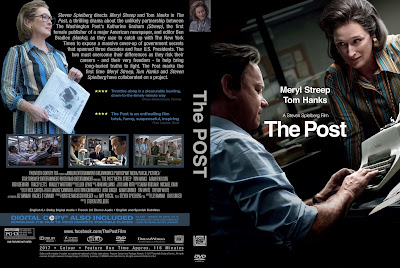