Disney has released the first still from Mary Poppins Returns, and it features Emily Blunt in the titular role: 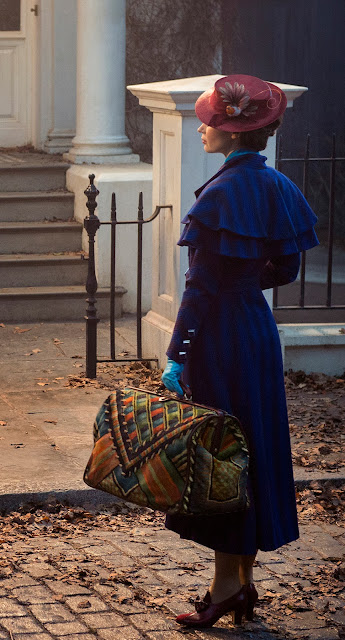 It's a lovely pic, and as stated in the Hollywood Reporter article, they've dressed Blunt in a much more colorful frock than Julie Andrews ever got to wear as the original Mary.  Hard to believe, but this film won't hit theaters for another 21 months.