Pathé has released the first production still from the set of Florence Foster Jenkins: 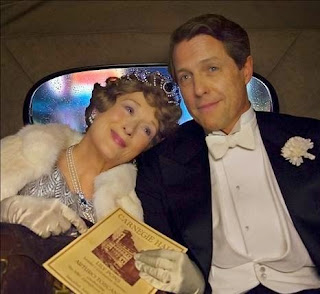 With the first official pic released already in May, it begs the question of whether they'll try to push this into cinemas by the end of the year.  I still think it would fit perfectly in late summer 2016 as a comedy, but even some of the blogs I've been reading have inquired about the same thing.  As usual, time will tell.  Looking forward to this film regardless of when it's released.