People has announced that Streep will be the first to record a narration of E.B. White's Charlotte's Web since the author did so way back in 1970. I normally don't get too into Meryl's audio work, but this book was my favorite growing up, later followed by a wonderful animated feature starring the voice talents of Debbie Reynolds.

According to the article, Streep will lead a full cast of voices for the audiobook. I didn't see why they're re-recording the novel at this point. Perhaps they thought fifty years was long enough between versions.  The book is set for release by Listening Library this October. 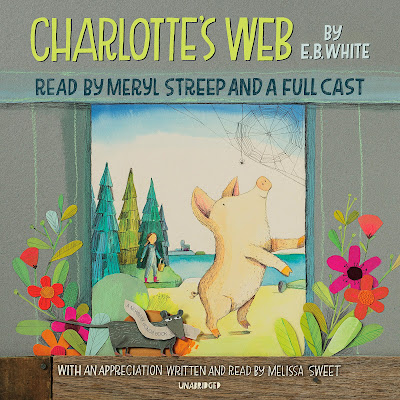