Today, Meryl begins her 70th year on this great Earth. Hard to believe she's already 69, but what a decade she's had. With an Academy Award and four other nominations, she's continuing to put out exquisite and varied performances, and showing no signs of slowing down. We get to look forward to two movies this year, an apparently juicy role on Big Little Lies next winter and a chance to team with Steven Soderbergh in filming a hotly-anticipated political thriller this fall with The Laundromat.

She's the gift that keeps on giving and I hope she has a chance to do something today she enjoys as much as I've enjoyed following her onscreen career.

Here's to you, marvelous Meryl. 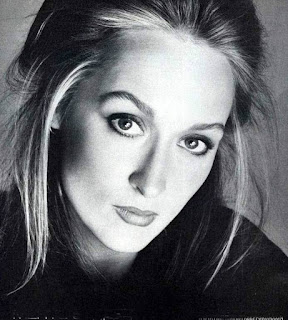