Several sources are reporting today that Dick Van Dyke has officially joined the cast of the upcoming Mary Poppins Returns.  Earlier reports have suggested that both he and Julie Andrews were in talks to make cameos, but it sounds like it's less likely Andrews will be participating.  Both of course starred in the original 1964 film.   The article I linked above stated that filming is already underway in London, which is complete news to me.  IMDbPro is usually pretty good about listing start dates, and it still has it listed as "pre-production."  That certainly doesn't guarantee that it hasn't started, and considering the film won't open for more than two years, post-production will likely be extensive.

The article also quoted Van Dyke as stating that Angela Lansbury is part of the cast, but I have seen no further information on whether that is true, nor which role she would be playing.  The main cast members up to this point for the project include: 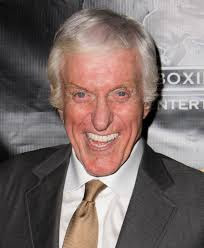