Despite loss, Streep shines at Oscars

We knew there was next to no chance for Meryl to pick up her fourth statuette last night, but I'm not sure anyone expected her to be so randomly involved in much of the night's events.  Let's just break it down:

Streep arrives on the red carpet looking beautiful and elegant in an off-the-shoulder Lanvin gown. 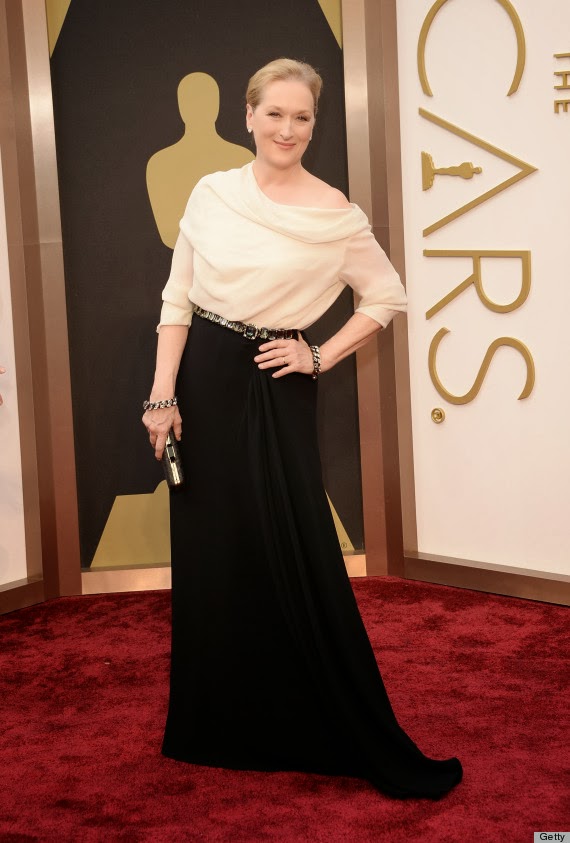 We then get to see her shimmy with Pharrell Williams during his performance of the nominated song "Happy."

Next came Brad Pitt handing her a slice of the pizza that Ellen had ordered for audience members. 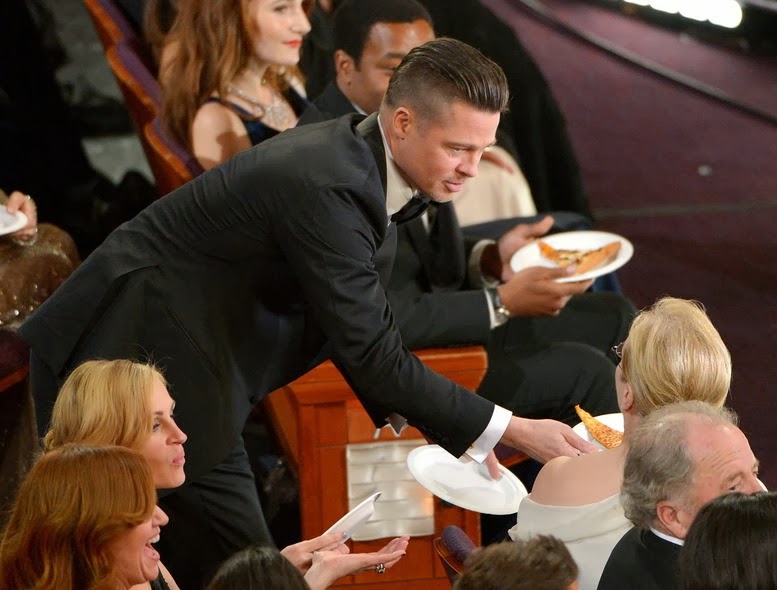 And who can forget the most retweeted selfie in history?

Finally, Meryl took part in the Jimmy Kimmel post Oscars show where she was featured in a trailer for "Bitman Begins" alongside Chris Hemsworth, Tom Hanks and Liam Hemsworth.


So, even though our girl went home empty handed, we were provided with several great moments of her at the ceremony.  Congratulations, Cate Blanchett!  2014 is going to be very busy.  If Suffragette makes to theaters by December, Meryl will star in four films this year.  On to the next season...
Posted by Jeff at 10:39 AM