The SAG nominations will be announced tomorrow morning at 8:00 am central.  I expect Meryl to be nominated in Supporting for her role as the Witch in Into the Woods.  Of course there's a chance she misses, but with the early word of mouth the film, and particularly Meryl, has received, she should be in really good standing for consideration.  My five picks for Meryl's category are as follows:

Laura Dern could very well sneak into the fifth slot for her role in Wild, with a smaller chance for Carmen Ejogo in Selma.  I'll add my Golden Globe predictions (which are announced Thursday) tomorrow after SAG announcements are made.

In related news, yesterday was the world premiere of Into the Woods, with Meryl present on the red carpet. She's looking pretty good these days. 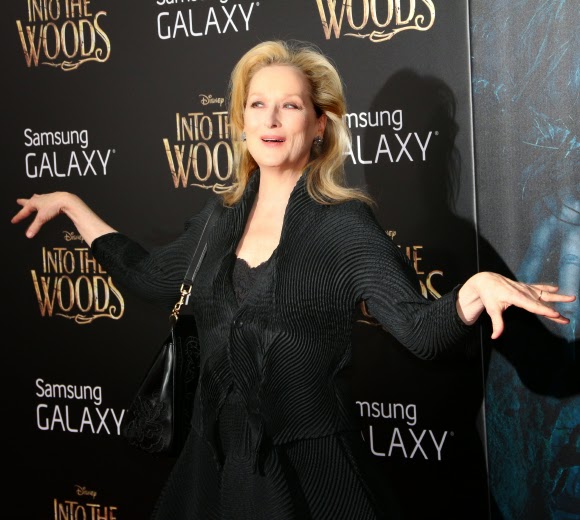